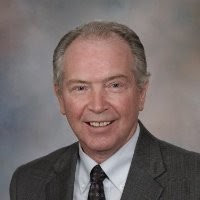 To all MICCAI Society Members and Colleagues:

It is with great sadness that we share the news that Dr. Richard (Rich) A. Robb, Ph.D., Professor of Biophysics and Computer Science at the Mayo Clinic passed away this past weekend.

Rich Robb was one of the founding members at The MICCAI Society, served on the inaugural Executive Committee from 2002-2009, and was an inaugural MICCAI Fellow. It is clear that the success that MICCAI has become was in large part due to his vision, energy and dedication. His legacy will endure through MICCAI.

The following message has been provided by his friend and colleague David Holmes:

As many in the community will know, Rich had a distinguished career at Mayo as a world-renowned scientist and leader in the field of medical imaging. Following his training at the University of Utah, Rich spent more than 40 years at Mayo rising through the ranks to become full Professor and Director of the world-renowned Biomedical Imaging Resource. His vision and leadership resulted in impactful contributions to the imaging field, via innovative approaches to image display and analysis, approximately 350 peer-reviewed publications in leading journals, numerous patents, the well-known ANALYZE program that is still extensively used, and his influences on scientists and clinicians around the world who apply and develop imaging technologies. He was highly sought after for presentations, peer review and professional leadership both at Mayo and across the world.

Rich was wholeheartedly committed to the education and mentorship of the next generation of scientists and clinicians and served as director of the BME graduate program at Mayo. He served as Associate Dean for Academic Affairs in the Mayo Graduate School. Rich mentored dozens of students. These students have gone on to have great success in academia and industry.

To all of you in the global community, you will certainly recall Rich’s contributions to developing the community of medical imaging research. Rich was involved with the SPIE Medical Imaging Symposium starting in the 1970s. He was an advocate for the SPIE MI conference and supported it through his participation and the participation of his students. Later on in his career, Rich became an advocate for the community and leader in the development of other conferences. It was his vision and leadership that helped to form the MICCAI Society which continues to develop the next generation of science in medical imaging.